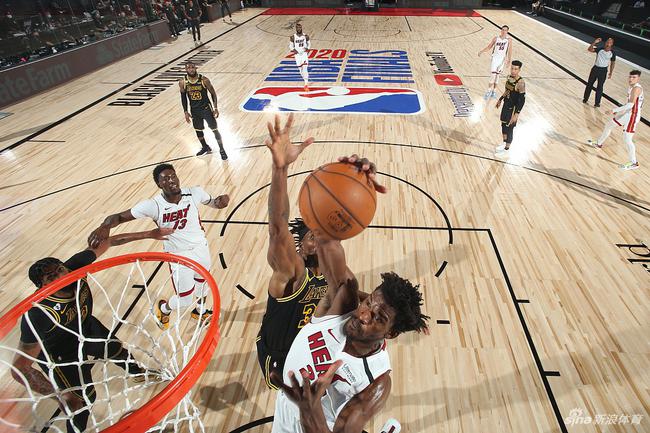 Beijing time on October 11, the NBA announced the final 2 minutes of the finals in Game 5 of the referee report, including two missed judgments against the Lakers.

According to the referee's report released today, there were 2 missed judgements in the last 2 minutes of Game 5 of the Finals yesterday, and they were both detrimental to the Lakers.

The first missed judgment came in the fourth quarter with 1:01 left. When James broke through Jimmy Butler, Butler reached out and hit James on the head. This should be a foul, but the referee did not blow. At the time, the Lakers were 1 point behind the Heat. However, James himself grabbed offensive rebounds and completed the second offensive score, helping the Lakers to lead by one point.

The second missed call came in the fourth quarter with 28 seconds left. The Heat’s Iguodala should be blown off for three seconds. However, in this offense, the Lakers' Davis completed a basket score, giving the Lakers a 1 point lead with 21.8 seconds left.

The referee's report also pointed out that Davis was the correct whistleblower for defending Jimmy Butler at the basket with 16.8 seconds left at the end of the fourth quarter.